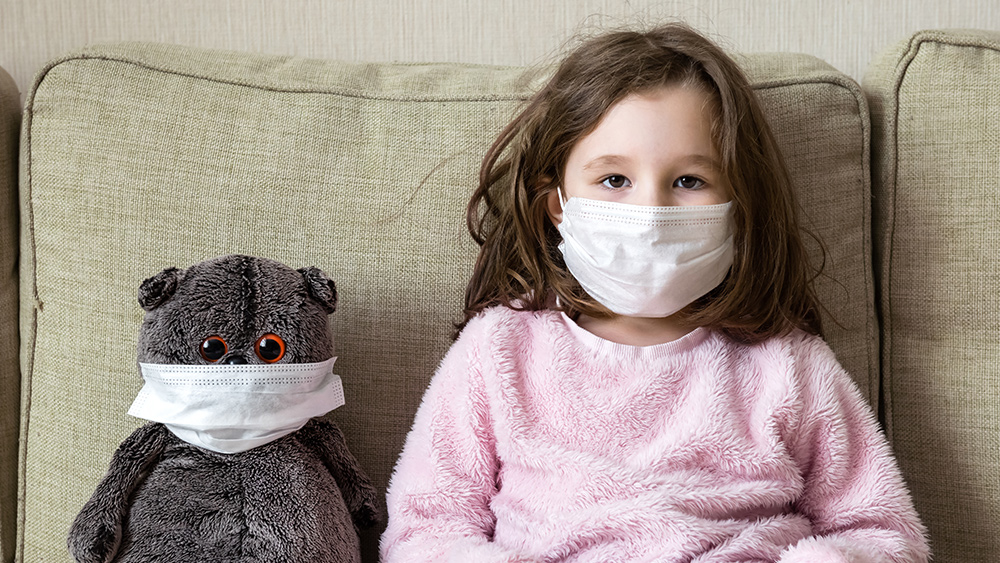 Distance learning must also stop, the court decided, because it, along with the other measures, is causing physical, psychological and pedagogical harm to children, as well as infringing the rights of children and their parents.

The decision, made by judge Christian Dettmar, only applies to schools in the Weimar District, though it could eventually extend to other parts of the country with enough outcry from other parents.

According to Dettmar, forcing children to wear a mask and stay away from each other is a direct violation of Articles 2 and 6 of the German Constitution, which guarantee the rights to freedom of individual development, education and parental assistance.

Further, such measures were not proportional to the threat posed, which is really no threat at all considering that children are basically immune to the Chinese Virus.

In his decision, Dettmar referred to an October 2020 bulletin from the World Health Organization (WHO) that featured a study by world-renowned medical science expert John Ioannidis, who found that the death rate for the Wuhan Flu is a mere 0.23 percent, the equivalent of an average influenza season.

Wearing a mask and staying away from others, Dettmar thus ruled, holds no medical, scientific or biological weight. There is also absolutely no reason to do any of these things if a person is asymptomatic, as so-called “asymptomatic spread” is completely fake.

The case represents the first time that such evidence has been presented to a German court, suggesting that it could set a precedent for the rest of the country to follow.

There is simply no scientific basis underlying the unnatural, anti-social mandates being imposed by governments and private businesses with regard to the Wuhan coronavirus (Covid-19), which is long gone and no longer even a threat.

Continuing to force people, and especially children, to avoid living because a handful of mentally deranged people want to wear a mask and stay distanced forever is lunacy, and Dettmar knows it.

“The children are not only endangered in their mental, physical, and spiritual well-being by the obligation to wear face masks during school hours and to keep their distance from each other and from other persons, but, in addition, they are already being harmed,” he wrote in his decision.

“At the same time, this violates numerous rights of the children and their parents under the law, the constitution, and international conventions.”

Dettmar went on to explain that children have a God-given right to develop freely without interference from germophobic psychopaths who insist they cover their faces and live forever in isolation because of some alleged scary virus.

“This applies in particular to the right to free development of the personality and to physical integrity from Article 2 of the (German Constitution) as well as to the right from Article 6 of the (Constitution) to upbringing and care by the parents (also with regard to measures for preventive health care and ‘objects’ to be carried by children),” he added.

All credible experts and medical professionals agree that wearing a mask is medically useless and harmful to the wearer. PCR tests are also invalid and have never been scientifically shown to be a credible method of detecting the presence of a virus.

“One hundred thousand elementary school students would have to put up with all the side effects of wearing masks for a week in order to prevent just one infection per week,” Dettmar warns.

“To call this result merely disproportionate would be a wholly inadequate description. Rather, it shows that the state legislature regulating this area has fallen into a factual disconnect that has reached historic proportions.”

More of the latest news about the Chinese Virus can be found at Pandemic.news.